StrategicInsightsTITANIC. 7 reasons why a big company can be doomed

25.07.2018
TITANIC. 7 reasons why a big company can be doomed
The higher you are, the harder it is to hold the positions. Why big businesses start falling down and how to prevent it?

Once a company becomes big in our perception, the religion of “rational” switches on. Goals, indicators dashboards, rules and procedures… And now it’s not we, but the “system” believes that human relationships, like all aspects of life, are built on rational principle. And your wealth of experience that refutes the linear theory is forgotten… Remember how you founded your business? How the team was born? How, maybe, you lost your company or team? Was everything so rational and logical? Here’s one life story like that: “Vovik and I, we lived in the same yard… Yes, a simple yard of Khrushchevkas in Kiev. In the families of the intellectual class. His mother was a doctor, father — a military man, my mother was a teacher, dad — an engineer. But we were the eternal rebels. We were either skipping school, or provoking the police. Being a little older we started to give flowers to the girls, and the flowers were picked up from the ministerial flowerbeds. And our parents were looking for pieces of advice, all the time wondering what to do with us… Once a grandpa secretly told us about our roots and showed an old picture of the family seat… I realized: “I want people to live in something like this, and I want to live in such place myself…” I showed it to Vovka. He said “Come on, let’s at least live like rich men.” At first we profiteered from the land schemes, and even on something else… And now Vovka, oh, sorry, Vladimir Pavlovich, and I, we have a company which builds “family seats”, cottages. All is good, but it is becoming boring… What’s next?”. This is the story of life. And what is “rational” in it?

And here’s the reason ONE: TOO MUCH OF THE RATIONAL

When your heart stops perceiving energy in the company, don’t be surprised that your business will need efforts to perceive the ideas for development, new strategies. That “suddenly” irreversible genetic changes will start: rigidity to innovation, fear of uncertainty, the closure of possibilities. Life is paradoxical, it is about people, about dreams, about relations, not about the logic… You just went against the natural laws.

Reason TWO: LEARN FROM YOUR VICTORIES, RATHER THAN MISTAKES

When in your head you’re big (I emphasize, in YOUR head), and the company is not so small, a kind of program “Greatness, omniscience 1.0” switches on. It is formed on the code of successful, but past experience. And the more of this experience you have, the more likely “concrete casting of its underlying code” is. You’re constantly consciously or unconsciously starting this program, and then wonder: “Why the results are not what I wanted? We’re doing the right thing…”. But the neighbors have not been using such a “computer” for a long time, constantly updating their “software” to agile, and they take failures as lessons moving forward by leaps and bounds. I remember my old experience from the project for a well-known alcohol company. Their team had one popular phrase: “All is lost…“. My first perception was: “Wow, so much negative stuff”, but later I saw the main thing. For guys this phrase in their culture meant: “It is not working, there’s no result, we are serving our customers with low quality, let’s quickly look for another option…” And they started a mega search, development, action… The guys were introducing 7-15 changes in the company per DAY! Without a meeting and “let’s talk, find a scapegoat”…

When the team learns only from its victories, it gets accustomed to listening to tales about unconditional leadership. Giving a feedback about the real state of affairs in the market or in the team turns into a corporate quest: “Who is the unfortunate one to bring bad news to the Boss?” Accordingly, what is the probability that the Boss will learn about the most important thing in due time? You know … he is the last to know about the Main thing.

Behind the trees of the dashboards, performances with the Boss and the team in the lead roles, quests, the control passes to …  a competitor. Seemingly unattractive, but much seeking and finding the vision and strategy to win, both in the commodities market, and the human capital market … The latest buries giants in swarms… Examples: Nova Poshta, Monobank, UKRBUD, Transferwise, SOVA, ADAMA Ukraine, Uber, YUTEM-Engineering… Well, there are dozens of such examples with David and Goliath… They found visions where others could not see them. Nova Poshta was developing e-commerce; Transferwise frees the world from the artificial monopolies of VISA and MasterCard, offering free transfers throughout the world; SOVA creates a jewelry wardrobe, rather than trading in grams of gold, diamonds and “socialist realism”…

Reason FIVE. INTERDECEPTION INSTEAD OF INTERCHANGE

Everyone around becomes “small”: suppliers, customers, partners… Top persons start to say: “There are millions of them, there are few of US. They have a privilege working for us.” Sooner or later “They” will reciprocate… Everything is interconnected in this world… It doesn’t matter how big the company is, it is nothing without customers, suppliers, partners…

Reason SIX. HALL OF FAME or “Where shall I assign Vasya, Petya, and Masha?”

Large companies can be excessive in praising their heroes. And when a new strategy requires a different profile of the team and answer to the question: “Which roles and people do we need to use the opportunities? Who do we need to keep, protect, and strengthen?” We’re hiding… “So where is the place for … Vasey, Petya, Masha?… No, this will not work, change the structure to include positions for everyone…”. And we forget the basic principle “individuals are strong, the team is fragile.” Creating artificial preferences, we are not creating relationships in the team for a Big goal, we are sooner looking for a place for those… “retired” ones, building a hostel for the heroes.

Of course, not all companies deserve to continue their existence. But companies and organizations make the core of the whole supersystem. If they feel bad, the economy will be collapsing respectively, followed by the country, people’s lives… Especially if we are talking about large scale companies. They require special attention, the most powerful non-linear strategies, both inside and outside. At his time, while speaking to his team, one of the leaders of the company said: “We have become the leader … And it is the most difficult moment for us. It is our challenge! We will either find a new idea, a strategy, a model that will create the next cycle of life, or start to fall… There are no other alternatives.”

Reason SEVEN. Violation of 3 parameters of the system “survival”

We talked about this in 2 earlier articles: “3 basic rules of “survival” of the company as a system” and “There will be no Owners in the future. Only creators and architects will survive”.

Subscribe to the News
Read also
Read our Insights 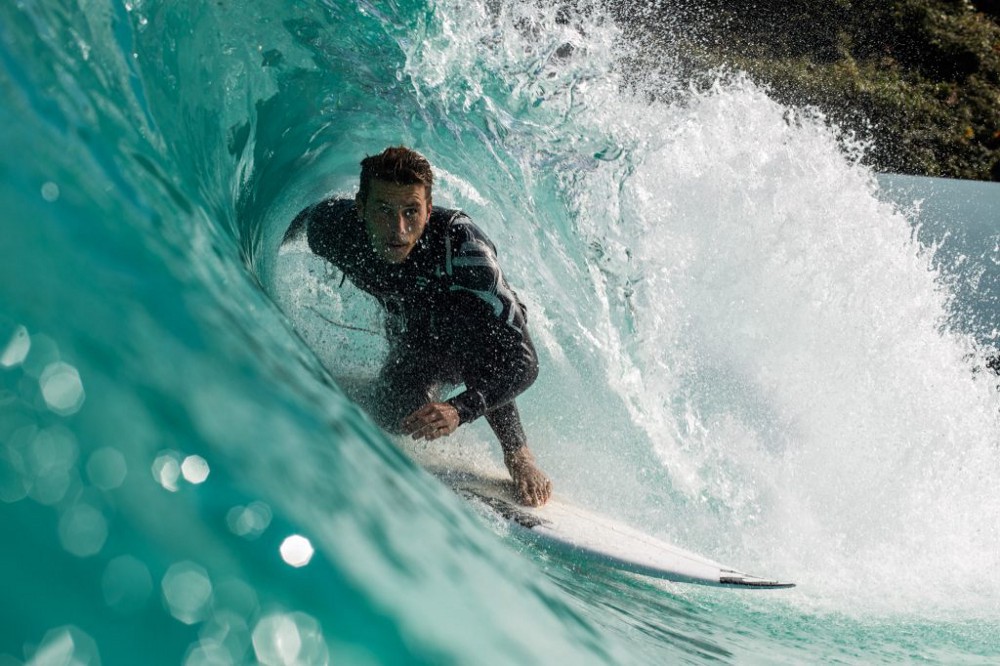 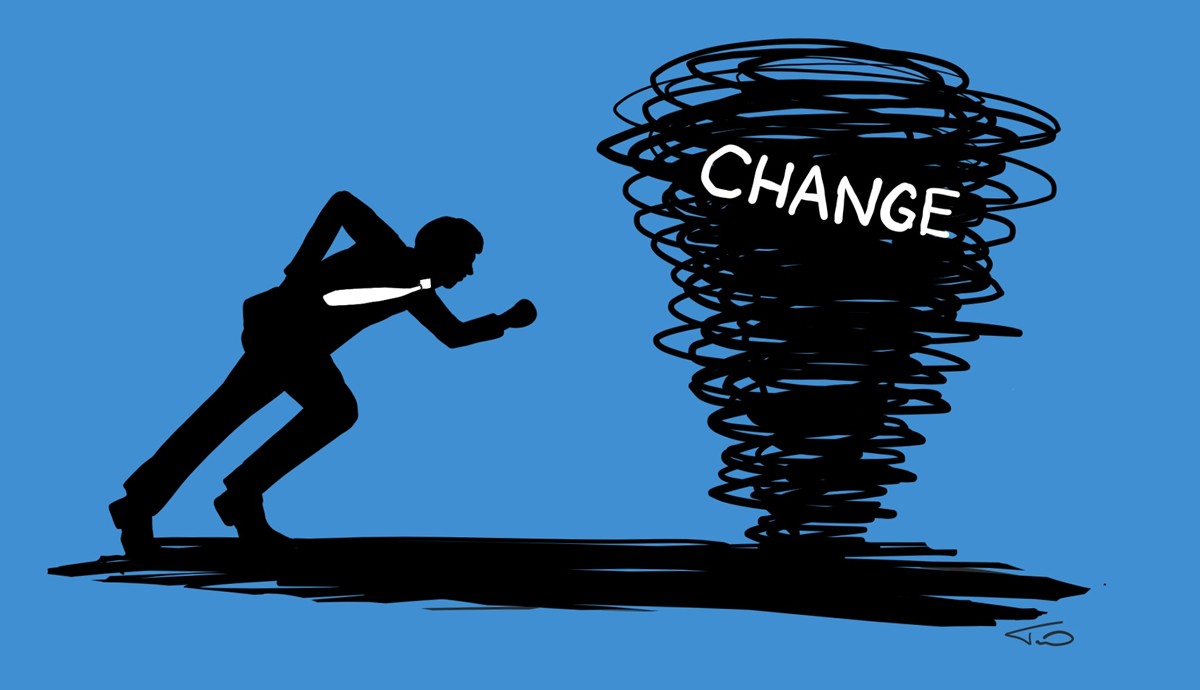